Monday night's beatdown of the Patriots in Foxborough was a statement victory for rookie head coach Matt Eberflus.

What's the deal with the #Blackhawks' wildly good penalty kill this season? How are things going in the locker room, and are we worried about Patrick Kane's lack of scoring?

A Conversation with Joe Maddon

I had the pleasure of chatting with former Chicago Cubs and World Series-winning manager Joe Maddon today. We discussed his exit from Anaheim, roster building in Tampa Bay, finding a balance between feel and analytics in baseball, his future, and more.

Tyler Johnson Ready To Make Up For A Lost Season

Coming off of his first full and healthy offseason in years, Tyler Johnson is feeling great mentally and physically and ready to have a bounce-back season for the Blackhawks.
Load More
Close ✕

Patrick K. Flowers is a Staff Writer at Bleacher Nation where he covers the Chicago sports landscape on a daily basis. Patrick is also a husband and father of two.

Patrick is always looking for a story that meshes the box scores in the sports world and the humans that make it all happen. You can expect thoughtful and insightful writing that feels both personal and informative.

You can get in touch with Patrick via email (patrick.flowers@bleachernation.com) or via the social links at the top of the page.

There’s a solid chance the Houston Texans will have a new head coach today. Momentum has been building for days regarding their desire to hire 49ers defensive coordinator DeMeco Ryans. Ryans is the Texans’ top choice and is believed to have a mutual interest in the job. • Ryans’ former teammate in Houston, JJ Watt, took to Twitter on Monday afternoon to post a picture of him and his old teammate in Texans uniforms. • Watt recently retired after spending the last few years in Arizona, but he sure

The Pro Bowl games kick off later this week, with the Skills Competition taking place at the Raiders training facility in Henderson, Nevada, just outside Las Vegas. With Bills quarterback Josh Allen injured, Ravens quarterback Tyler Huntley will replace him. Huntley started five games for Baltimore during the 2022 season (four regular season games and one playoff game), filling in for an injured Lamar Jackson. He went 2-3 as the starter. Huntley, who turns 25 this weekend, threw for 658 yards

In back-to-back seasons, the 49ers have come one win short of the Super Bowl. Their loss to the Rams last season and the Eagles on Sunday has Kyle Shanahan and the 49ers back at the drawing board this offseason. The 49ers have a few big questions to answer before they can begin the road to a third straight NFC Championship game next season. What will the 49ers QB situation look like in 2023? John Lynch and Kyle Shanahan created an offense in San Francisco, seemingly plug-and-play under center

Awkward: Derek Carr is Representing the Raiders at the Pro Bowl in Vegas

Raiders quarterback Derek Carr will put on a helmet one more time. Carr, sent home towards the end of the season, will move on from Las Vegas this offseason. But first, he will represent the Raiders in the Pro Bowl Games this week. Carr will replace Joe Burrow at the Pro Bowl Games, making for an awkward weekend of sporting Raiders colors. But, as awkward as wearing Raiders gear in Las Vegas one last time will be, the questions will surely be equally as uncomfortable. The Raiders have until Fe

REPORT: Broncos to Hire Sean Payton, Have to Give the Saints a HAUL to Do It

Another domino on the head coaching carousel has fallen this afternoon. Multiple reports have the Denver Broncos hiring Sean Payton as their new head coach this afternoon. Of course, Payton is still under contract with the New Orleans Saints, so a deal between the two sides must be worked out regarding compensation for New Orleans. According to Adam Schefter, those details have been worked out: After a disastrous 5-12 season and a last-place finish in the AFC West, Denver and their new owners

Well, Kellen Moore wasn’t unemployed for long. Last night, we learned last night that Moore and the Cowboys had a mutual parting of ways. And now it appears he will land in Los Angeles to join Brandon Staley and the Chargers. Ian Rapoport reported this morning that Moore is expected to become the Chargers new offensive coordinator: Going from Dak Prescott to Justin Herbert in about 12 hours is a pretty nice deal. Staley and the Chargers were looking for a new offensive coordinator after partin 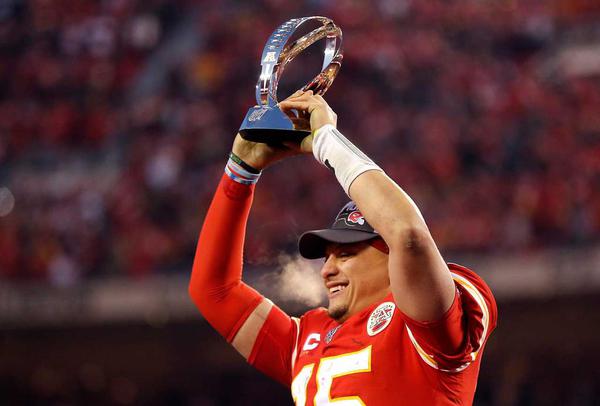 The NFL's New Favorite Rivalry, Shanahan Runs Out of QBs, Cardinals Want to Interview Anarumo, and Other NFL Bullets

That was awesome. We’ve got two weeks to talk about it, and I plan on doing plenty of it, but for now, I’m just going to let it marinate a bit. Still, the Kansas City Chiefs are heading to the Super Bowl after a thriller at Arrowhead Stadium last night. They’ll take on the Philadelphia Eagles in Phoenix, Arizona, in two weeks. • “Burrowhead, my a**!” The Chiefs let everyone know that they heard the talk last week. The Bengals thrived off bulletin board material all season, and then Mike Hilton g

This is what we wanted. Burrow vs. Mahomes. Bengals vs. Chiefs II. The season’s most anticipated game lived up to every bit of the hype. The rematch of last year’s AFC Championship was as good as we could have ever hoped for. Even on a hobbled ankle that caused him to limp around the field all night, Patrick Mahomes came through for his team. On the game’s final drive, Mahomes’ scamper to get the Chiefs into field goal range was the decider. Burrow had the ball with just over two minutes left.

Road to the Super Bowl, Burrow Mega Extension on the Horizon, Rodgers Trade Looming, and Other NFL Bullets

Happy conference championship day to those who observe. We’re a couple of hours away from what should be an exciting day of playoff football. And by the time we talk tomorrow, we’ll know who will meet in the Super Bowl in two weeks. The Bengals, Chiefs, 49ers, and Eagles are today’s final four, and I put together individual previews with paths to victories for each this weekend. • Usually, a trip to the Super Bowl earns a team some respect. Not so in the Bengals’ case this year. The Bengals have 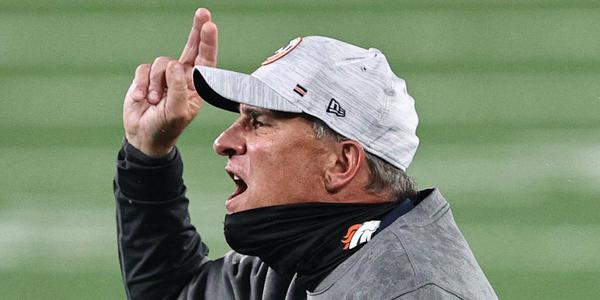 Christian McCaffrey is Putting the 49ers on His Back!

With Brock Purdy sidelined with an elbow injury, the 49ers need a hero if they want to see the Super Bowl in person in two weeks. There’s still plenty of time left in this game, but Christian McCaffrey might be that hero. McCaffrey delivered the equalizing score on the last San Francisco drive with a 23-yard touchdown! McCaffrey logged two catches for 18 yards and two rushes for 26 yards, and a touchdown on a 46-yard touchdown drive for the 49ers. The McCaffrey touchdown tied the game at seve

Miles Sanders Scores His Second Touchdown of the Game

We had an alternate title that was something like “Miles Sanders Keeps Fudging Up Brett’s Bets,” but we went with the conservative headline. Either way, Mile Sanders has scored his second touchdown to put the Eagles back on top as we approach halftime in the NFC Championship game. Sanders has 39 yards on the ground on 10 carries (3.9 YPC), but he’s been potent in the red zone for Philadelphia today. Sanders’ touchdown answered a Christian McCaffrey touchdown on the other side of things. It was

San Francisco 49ers quarterback Brock Purdy has exited the NFC Championship with an injury. Purdy was hit on the right arm by Eagles linebacker Haason Reddick midway through the first quarter in Philadelphia. Purdy was seen on the San Francisco sideline working with the trainers focused on his right elbow. Purdy was seen telling 49ers head coach Kyle Shanahan that he couldn’t go back in, prompting Shanahan to insert backup Josh Johnson. One of the big questions leading up to this game was whet

Joe Burrow. Patrick Mahomes. The Bengals and the Chiefs at Arrowhead this evening in the AFC Championship. The heavyweight rematch we’ve been waiting for.💥 Who you got heading to the Super Bowl? 📺: #CINvsKC — Sunday 6:30pm ET on CBS 📱: Stream on NFL+ https://t.co/fK7vaWiHIa pic.twitter.com/tFNt6m4CxT — NFL (@NFL) January 29, 2023

Eagles 31, 49ers 7: Shanahan Runs Out of Answers, Eagles Heading to the Super Bowl

I wrote this week about Kyle Shanahan’s wizardry as a play-caller. Having Christian McCaffrey, Deebo Samuel, George Kittle, and Brandon Aiyuk on that 49ers offense helps a ton. It’s one of the most dynamic stable of playmakers in football. Still, Shanahan’s magic on the whiteboard has created a 49ers team that has thrived with three different starting quarterbacks under center this season. But the question this week was whether or not he could come up with an answer for Philadelphia’s prolific

Road to the Super Bowl: How the 49ers Can Beat the Eagles in the NFC Championship

Trey Lance. Jimmy Garoppolo. Brock Purdy. It doesn’t really matter. Kyle Shanahan has built a force in San Francisco, and the 49ers are a win away from the Super Bowl despite being on their third starting quarterback of the season. When you think about roster construction in the NFL, it starts with the quarterback. In San Francisco, the focus has been on elite skill players. Christian McCaffrey, Deebo Samuel, George Kittle, and Brandon Aiyuk are all products of the 49ers throwing high-value cap 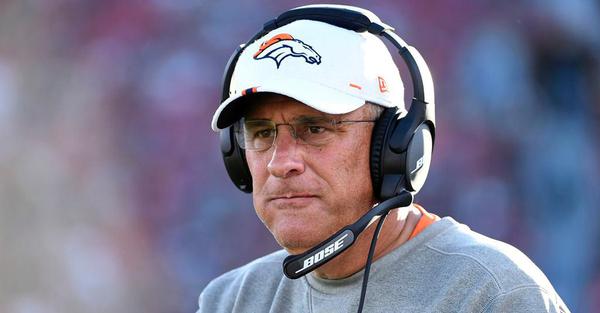 Vic Fangio to the Panthers? Conference Championship Injury Updates, and Other NFL Bullets

On the first Saturday without football in some time, I think I will spend a significant amount of time in the horizontal position today. However, I have four stories coming out today at Noon, 2:00, 4:00, and 6:00 that will take a deep look at a path to victory for each team playing in tomorrow’s conference championship games. In the meantime, let’s briefly talk about some news coming out of Carolina that has me pretty intrigued. Could Vic Fangio be heading to the Panthers? • ESPN NFL insider Jos

Road to the Super Bowl: How the Bengals Can Beat the Chiefs in the AFC Championship

Usually, a trip to the Super Bowl earns a team some respect. Not so in the Bengals’ case this year. The Bills were the consensus favorite in the AFC. The Chiefs right behind them. And as a matter of fact, the Bengals were underdogs in their divisional round matchup with the Bills last week. Bengals head coach Zac Taylor has been using that disrespect as fuel all season. “I take whatever I can get,” Taylor said. “Twenty weeks in, I’m absolutely looking for anything. Week 1 is easy. Week 20? You’
Load More
Close ✕

Tyler Johnson pots a pair as the Blackhawks come from behind to beat the Seattle Kraken.

A Conversation with Joe Maddon

I had the pleasure of chatting with former Chicago Cubs and World Series-winning manager Joe Maddon today. We discussed his exit from Anaheim, roster building in Tampa Bay, finding a balance between feel and analytics in baseball, his future, and more.

Andreas Athanasiou and I discuss his role with the Blackhawks, playing with Patrick Kane, and defying expectations this season.

Tyler Johnson Ready To Make Up For A Lost Season

Coming off of his first full and healthy offseason in years, Tyler Johnson is feeling great mentally and physically and ready to have a bounce-back season for the Blackhawks.
Load More
Close ✕

Got a tip? A story idea? Want to collaborate, or have a question? Don't hesitate to reach out!